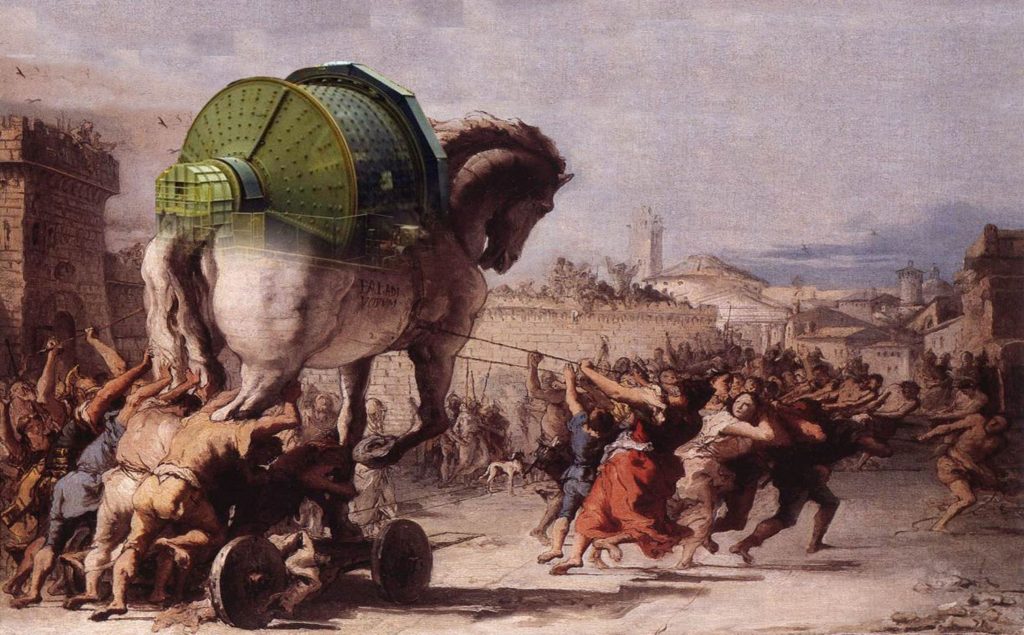 Unfortunately, due to the sanitary crisis and to the wrong management (in my personal opinion) that Codelco has been presenting in the last years, there is very little to celebrate in the Chilean mineral sector during these festivities (Chilean independence – September, 18th and 19th).

As already highlighted for copper, also gold mining has been showing a radical drop in grades in the most important mines for years, but nothing has changed in their processing routes. Accommodations are made with the hope of the discovery of more higher-grade reserves. By contrast, iron mining is already discussing new criteria for the concentration of low-grade minerals, starting with the renewal of staff in the organizations and promoting a radical and motivating change of mindset.

It is understandable the differentiated effort that Codelco must make in comparison to other big private mining companies, through structuring projects, that allow maintaining the old deposits life span. However, if they were not enough the depressing numbers Codelco has been presenting regarding to its profit and to the effective contribution for the Chilean Treasury, the new Project of the Radomiro Tomic División (RT Sulfides), unfortunately, only brings more of the same, instead of start changing the game.

Presenting itself as “innovative”, this project follows the paths that other mining companies have already followed, such as the use of seawater and the better disposal of its tailings. Nonetheless, Codelco “innovates little to change nothing” and insists on the same mistakes which are being made for 40 years, such as the SAG milling. Strictly speaking, the basic error is more primary. It consists in considering a rock bigger than 100 mm as composed of infinite particles of identical grade (in this case of 0,5 % Cu) and imagining, as a consequence, that any fragment coming from the mine should be ground and floated. A marketing triumph for the big manufacturers of grinding equipment, and a score “zero” to the professors who still seem to teach this in the universities.

With only 0.5%Cu, the RT Sulfuros (Sulfides) Project is being prepared to feed the SAG mills with 99.5% of gangue. The excuse (only words, as far as I know with no effective trade-off) is based on the fact that, since a large ore flow (t/h) is treated, conventional grinding would require a lot of equipment. Nevertheless, this would only happen if it is made the same mistake they do, that is, feeding the grinding mills with all the ROM. Whereas Codelco belongs to all Chileans, it was expected a more comprehensive and public trade-off study, considering other beneficiation options.

If we take a few kilos of ore and fragment it by impact in a hammer mill, for example (selective fragmentation), we will note that Copper and gangue are concentrated differently in the various size ranges, allowing to evaluate the possibilities of an early discarding of much of the gangue and dust. Less energy would be spent, providing more resources in the selective fragmentation, and there would be enormous space of reduction of CAPEX and OPEX when the beneficiation process advances with lower flow rates, richer in Copper, towards the humid operations of the concentrator, including the grinding.

Find below links for the Selective Concentration information, which summarize the MOPE’s experience and knowledge for different minerals.

Anyone could execute what is indicated in the brochures above. There are no secrets. In any way, I am willing to collaborate with whoever writes to me about this subject.